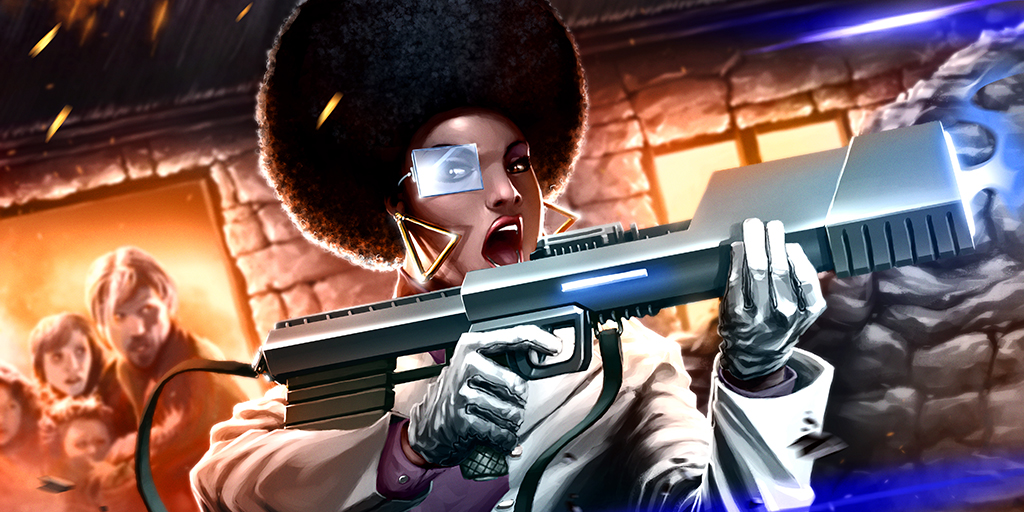 You might be interested to see how art comes together for a tiny indie role playing game.

Early on, we looked at illustrating skill concepts. Here are the first sketches for Blast, before it was established that people would be shooting lasers and other cool beam weapons:

The artist took the more interesting ones and added a little detail and color.

The image on the top left is intriguing, but let’s push back against using female action heroes as eye candy. Maybe it’s would be more interesting if she was researcher in lab coat, whose motto is “science advances one funeral at a time”. We can still reference and interrogate typical visual signifiers like big chunky earrings, but in the context of a protagonist who doesn’t exist for the sake of the male gaze.

Now let’s put her in action protecting innocents from space pirates, first taking a rough cut at the scene:

and then adding the finishing touches:

I hope this was interesting!